How to TV Interview via Satellite

As your fame and credibility grow as a speaker, you’re going to be asked to do national and international television interviews. Unless you’re based in NYC, you’ll be doing most of your interviews via satellite from a remote studio up linked to NYC or other major cities. Being interviewed via satellite is more difficult for a number of reasons, and you want to be prepared so you can maximize your national/international exposure. Watch this short video (2:34) I shot at the satellite studio for Chinese Central TV in Chicago (CCTV) where I was up linked via satellite to Washington, DC and Beijing, China. I’ll look forward to your comments.

Get the Flash Player to see the wordTube Media Player.
Be Sociable, Share! 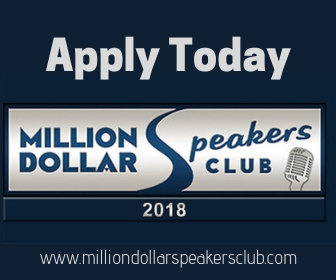